The holidays are here! And if you are anything like us, you love holiday movies! Here at Planet Nutshell, we have a strange annual tradition of watching Netflix’s The Christmas Prince together as we chip away at those end-of-year projects.

We know what you’re thinking. “That’s a cheesy romantic comedy!” Well yes, yes it is. But it’s not completely terrible. As our art director Jen Sanchez points out, there’s a lot going on when it comes to color.

Take it away, Jen…

Okay, guys, seriously. You gotta give this movie a chance, especially if you are interested in art or design. There is a surprising amount of thought given to the colors here and how they convey the main protagonist’s (Amber’s) emotional state as well as how they signify alliances and enemies.

Throughout the movie, Amber’s signature colors are bright blue and cranberry red. In contrast to the rest of the characters in Aldovia (yes, Aldovia — I KNOW), who veer towards neutrals and darker colors. This not only keeps our eyes on her — literally — as she moves through the scene, but reflects her individuality, an important point in the film.

If you pay close attention, too, you’ll be able to tell which characters are either allied with her or against her based on their wardrobes. For example, her father and her friends back in her hometown are usually seen wearing either blue or red, while her antagonistic boss wears a muted mustard yellow.

When we are first introduced to the royal family, we see them primarily in black, white or gray, and when Amber first makes the move to the palace, she purposefully mutes her wardrobe in order to fit in. However, as time goes on and she starts to feel comfortable, her signature colors return full-force. So much so that they begin to infect the wardrobe of those closest to her, the royal family in particular. It starts off with small accessories like a red brooch or a red tie, but by the end of the first movie, after she has gained the trust, friendship, and love of the royal family, they have fully adopted Amber’s vibrant color-scheme, not only symbolizing their newfound connection, but the color Amber has injected into their previously stuffy lives.

But wait! There’s a sequel! At the beginning of The Christmas Price: A Royal Wedding, Amber’s colors evolve from cranberry red and blue to a soft pink and blue. This signifies the palace staff’s attempt to change her and mold her into their ideal of a perfect Aldovian Queen. As a result, Amber feels as though she must suppress her personality in order to marry her beloved King Richard.

When Amber is feeling particularly low — after she attempts to give her husband advice and is dismissed, for example — the filmmakers even go so far as to desaturate the scene itself, to emphasize her low self worth and loss of identity. As the film progresses, Amber is consoled by her allies, and in these moments, we get hits of her signature cranberry red. By the end of the movie her confidence appears to be restored but the royal wedding is still a mix between cranberry red and the former black and white. What’s the significance here? Perhaps teeing up the drama set to unfold in the third (YUP IT’S A TRILOGY) installment — The Christmas Prince: A Royal Baby.

As of now I have yet to watch the third movie, but I certainly plan on doing so. And you should too! If you do end up watching it, I implore you to focus on the color story. If the first two movies are any indicator, they colors will play a huge role in understanding what is going on between the characters as well as foreshadowing the film’s ending.

Are there any movies that you love? Do they have color stories? If so, what are their color stories and what do those colors symbolize? If your life were a movie, what color story would you want to have? 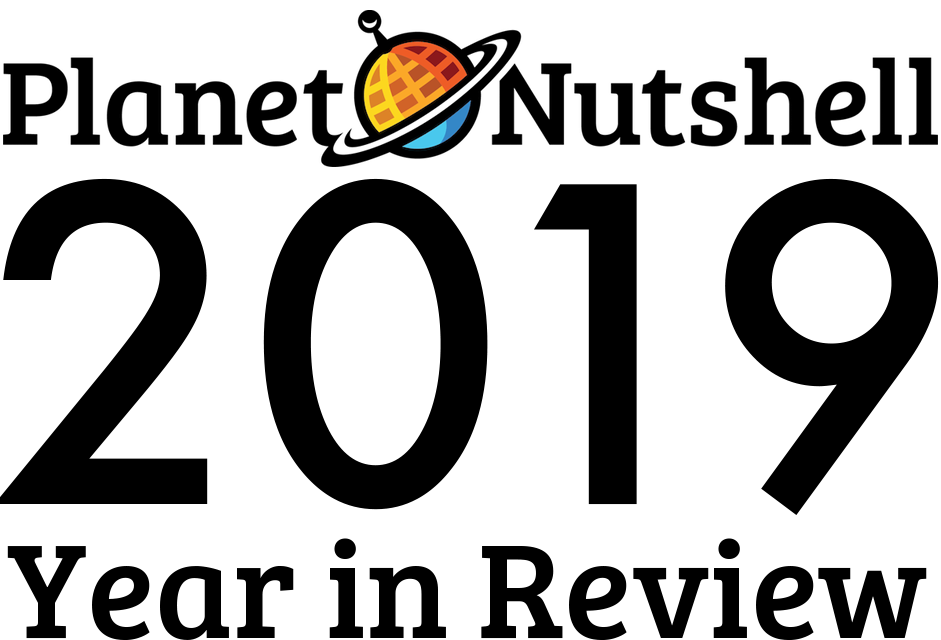 I’m delighted to report that we just survived our busiest year in our 12-year history, with a total of 25 projects (yikes!), including a couple of multi-part series. As we look forward to our much-deserved holiday break, here are some highlights, in order of production date, from our planet’s stunning trip around the solar system.

Thread is weaving a new social fabric by bringing together young people and volunteers to reimagine and reaffirm the notion of family. Learn more at Thread.org.

Adaptive asked us to create a Times Square “domination” experience across dozens of panels in New York’s Times Square.

Our friends at KET came to us with the need for a series of arts education-focused shorts. We pitched the idea of an artsy town where everyone is busy expressing themselves. And so the idea of Artsville was born. The episode above, which features a doggie arts show, is the third in the series. See the whole series on PBS Learning Media. We’ll be producing more of these in 2020!

We spun a yarn about why it’s so important to give to a fantastic Boston literary event.

We worked with the amazing team at Shriners to promote their 2019 Giving Tuesday campaign. Love to the Rescue! Learn more and donate.

This year marks our eleventh year of working with Utah Education Network. We created a broadcast holiday spot for them that encourages viewers to press pause and enjoy the season.

None of this work could have been done without the incredible work of our in-house production team, as well as our freelancers. Here are all the people and production houses who helped make our biggest year yet possible:

We’re delighted to have a new member of the team! Sam Berliner (he/they) comes to us from the wilds of the Pacific Northwest where he worked at Three Dollar Bill Cinema and directed Translations: the Seattle Transgender Film Festival from 2013 to 2019.

Sam is a filmmaker and animator best known for his engaging and accessible films about gender nonconformity. His award-winning short films, Dating Sucks: A Genderqueer Misadventure, Genderbusters, Perception and Float have screened at over 300 film festivals around the world and are distributed by the Canadian Filmmakers Distribution Centre. He is currently in pre-production on Episode 2 of the Dating Sucks webseries. Sam leads workshops and gives presentations about gender at various organizations and schools. He holds an MFA in Cinema from San Francisco State University and a BA from Smith College.

For all things Sam, head on over to www.donutfilms.org.